Register For This Site

The blood brain barrier is essentially what protects our brains from toxins and other undesirable substances that may be floating around in our bloodstream. To best protect one of the most important organs in our bodies, it has to be particular about what it lets pass through the barrier. While this is normally a good thing, it can become an issue when taking supplements specifically for brain health.

What is the Blood Brain Barrier?

The blood brain barrier is a semi-permeable barrier that sits between the capillaries, or blood vessels, in the brain and all of the parts that make up brain tissue. These capillaries are lined with endothelial cells. In other parts of the body, there are spaces between the endothelial cells in blood vessels, but in the brain, they are packed tightly together, forming what is referred to as tight junctions.

The gaps between these junctions only allow water, small molecules, some gases (like oxygen), and lipid-soluble substances to pass through the barrier and into the brain tissue. Other essential molecules like glucose require transporter proteins to get through. Thus, transporter proteins are almost like doors that will only open up to allow certain molecules to pass through the barrier.

Why Do We Need the Blood Brain Barrier?

We need the blood brain barrier to allow nutrients into the brain while also protecting us from pathogens, toxins, and even neurotransmitters circulating in the bloodstream. While it may seem that neurotransmitters belong in the brain, they can actually cause damage to neurons at, especially high levels. The blood brain barrier also works to maintain optimal levels of nutrients, hormones, and water for brain health.

A healthy brain and blood brain barrier knows what it needs and doesn’t need to survive, so you can’t really force it to take certain supplements. That is why it is important to be selective about the supplements you take for brain health and make sure they will make it to their final destination.

The Best Supplements That Cross the Blood Brain Barrier

Phosphatidylserine is a type of phospholipid that occurs naturally in the brain and can cross the blood brain barrier. As a result, it can have various beneficial effects throughout the body, but it plays an important role in conveying messages between nerve cells in the brain.

Due in part to its important role in relaying messages, phosphatidylserine may further benefit brain health in the following ways: 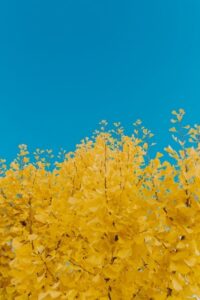 Ginkgo Biloba, also known as maidenhair, is a Chinese tree whose seeds and leaves have been used in traditional Chinese medicine for around 1000 years. Though Ginkgo Biloba has been around the Western part of the world for at least a few centuries, people have only begun to show a real interest in it during the last few decades.

Since it can cross the blood brain barrier, Ginkgo Biloba may have the following effects on the brain:

More research is needed into Ginkgo Biloba to truly explore its potential benefits, but if you are looking to reduce symptoms of anxiety, depression, dementia, and even PMS, then consider taking a supplement featuring Ginkgo Biloba.

L-alpha-glycerylphosphorylcholine, or alpha-GPC, is another dietary supplement that can easily cross the blood brain barrier. Alpha-GPC is a precursor of acetylcholine, a neurotransmitter involved in thinking, memory, and learning.
There are no dietary supplements that can directly increase the amount of acetylcholine in your system, so to increase these levels, you must do so indirectly. Alpha-GPC allows you to do this by boosting your choline levels, a nutrient that can then be converted to acetylcholine within the body.

An increase in acetylcholine levels may benefit you by:

Pregnant women, those with mental health issues, and those looking to enhance their brain function overall may consider supplementing their diet with alpha-GPC to increase their acetylcholine levels.

Acetyl-L-carnitine, or ALCAR, is a derivative of L-carnitine. L-carnitine is produced naturally in the body from methionine and lysine, which are amino acids.

Acetyl-L-carnitine may benefit brain function by:

Older adults may benefit the most from taking an acetyl-L-carnitine supplement. Anyone who wishes to improve or prevent cognitive decline may want to incorporate it into their diet. 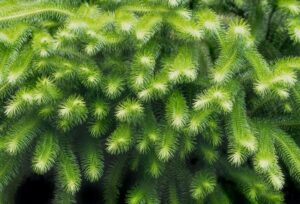 Huperzine A comes from fir club moss or Chinese club moss plants. In the human body, it works as a cholinesterase inhibitor, meaning it can increase the levels of the neurotransmitter acetylcholine in the brain.

As huperzine A can cross the blood brain barrier, it may influence brain health by:

It is most often used for treating symptoms of those with Alzheimer’s but may also be helpful for others who may have problems with learning and memory. You may consider incorporating a supplement containing huperzine A if you think you could benefit from improvements in these areas.

B vitamins are nutrients that can benefit the body in many ways, including the brain. Eight different B vitamins cross the blood brain barrier and may contribute to brain health in a number of ways: 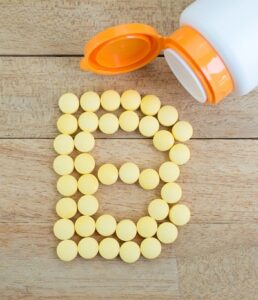 B vitamins are water-soluble and therefore cannot be stored in the body. This means that you need to incorporate them into your diet every day to receive their benefits. While you can get them through food, a supplement containing B vitamins can be a quick and easy way to ensure you are receiving all of their brain-boosting power.

The blood brain barrier plays a vital role in our bodies. It protects our brains from pathogens and subsequent infections while allowing through nutrients and other substances imperative to brain health.
Though these supplements are generally considered safe for consumption, if you think about using them to alleviate your symptoms, then think about discussing them with your doctor. They may interact with other medications or cause other undesirable effects if you have any other pre-existing health conditions.

That being said, one of the best things about the supplements discussed today is that they are all naturally occurring, whether they are from plants, food, or already found within the body. Therefore, you don’t need to be especially worried about ingesting any harsh chemicals and their effects on your health. The best supplements that cross the blood brain barrier are simply the most natural ones for some people.

Still have questions when looking for the best supplements that cross the blood brain barrier? Read on for answers to some of the more commonly asked questions.

What are the signs and symptoms of a leaky brain?

What effect does GABA have on the brain?

GABA (gamma aminobutyric acid) is considered an inhibitory transmitter. It blocks certain brain signals and decreases central nervous system activity. When GABA attaches to the protein in your brain (GABA receptor), it produces a calming effect that can help with anxiety, stress, and fear. GABA is produced naturally in the body, so if you want to start any kind of GABA supplements, you need to consult with your doctor first. The recommended GABA dosage varies by age, gender, and condition.

At what age is the blood brain barrier fully developed?

The blood brain barrier in a person matures at around four months of age. However, age is also associated with altered immune functions that may also affect the brain.

What should we know about BBB permeability?

BBB permeability or blood brain permeability determines the severity and course of different psychiatric and neurological disorders that can be caused or the result of BBB dysfunction. It is an inflammatory response in the brain that can lead to endothelial cell damage and increased BBB permeability.